← more from
Pagans
Get fresh music recommendations delivered to your inbox every Friday.
We've updated our Terms of Use. You can review the changes here. 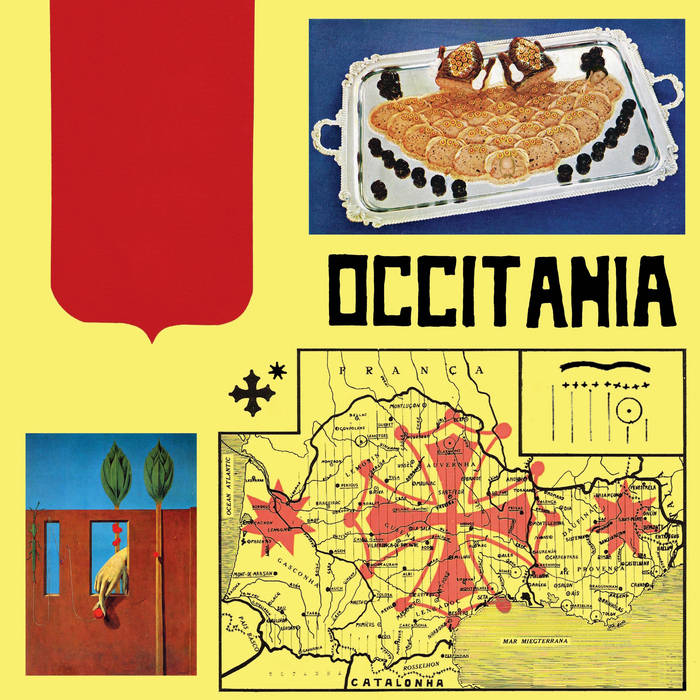 "France is the trio of Jeremie Sauvage on electric bass, Mathieu Tilly on drums and Yann Gourdon on amplified hurdy-gurdy. They play one note / one rhythm producing energetic performances reminiscent of the early collaborations between Faust and Tony Conrad. Creativly recycled influences result in intense shows with pounding overtones and repetitive pulsing rhythms. Loud straight and trance-inducing.

The pertinency of the recordings only slowly appear On “Occitanie" in the mass of sound, the rhythmic repetition and the elongated drones. The hurdy-gurdy forces you deeper, highlighting points of microtonal flux, cracking open the single note, the nodding rhythm, to imply the presence of every note, every sound, inside it. The insensible evolution, lurks in a corner of noise and finally imposes itself slowly on careful listening.

The band members of France perform in various other projects: Tanz Mein Herz, Toad and Jérico, all are member of the collective La Novià, an organisation based in Haute-Loire which brings together professional musicians and is a place for reflection and experimentation around traditional and / or experimental music.

In 2009, France was invited to play in Pau, a city far south-west of France, next to spain, by the people running Pagans Musica, a like-minded traditionnal-oriented group of people, also bent on educational issues concerning the local music and dialect: Occitan and on fusioning traditional musics and rock related sounds and instruments. They had set up a show for France and their band Artus and originaly wanted to have Acid Mother's Temple join the bill. The japanese band had done versions of songs coming from their village (eg. "La Nòvia") but weren't touring near France so instead they invited Duo Ancelin Rouzier as the third act, a band both Artus and France were also very fond of.

Pagans had everything set-up for the concert to be recorded and as France had plenty of time for sound-check, they went on to record the “Pau" album in the afternoon, taking a thirty seconds pause in the middle of the session so as to mark both sides of the vinyl. The Occitanie Lp is the recording of the live set later that night, with no cut and a longer, more savage performance."

Bandcamp Daily  your guide to the world of Bandcamp

Trevor de Brauw of RLYR and Pelican stops by for a chat, plus a tribute to the late Trevor Strnad